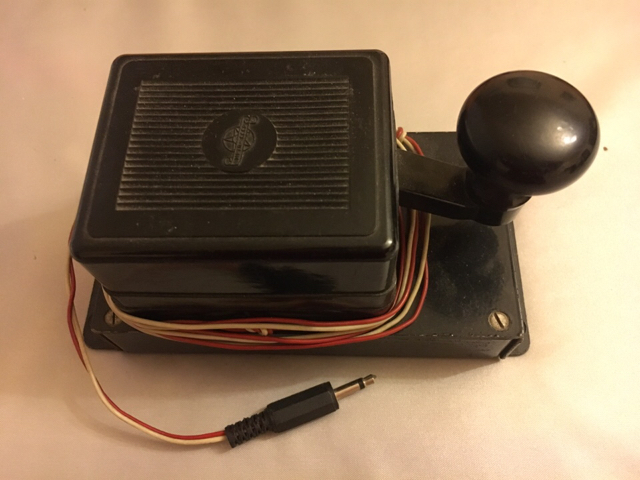 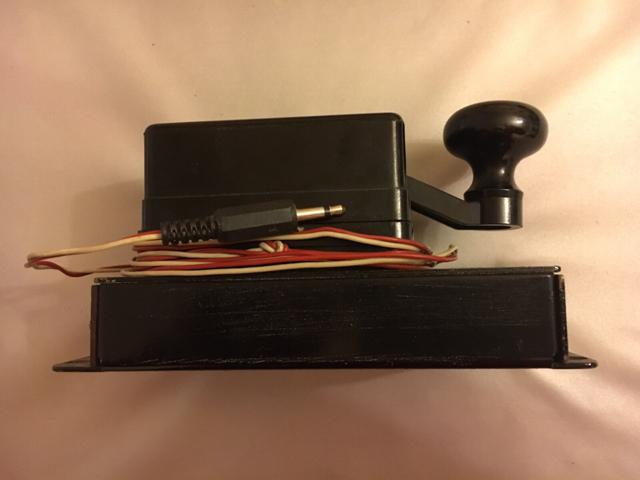 Oh dear. Splitting hairs or:-
Re the “dit dit” " dit dit" or the letter ’ I ’ sent twice, and other observations on prosigns:-

'Ditdit ditdit 'was used by the military to separate parts of the handling instructions (the Date, Time, From, To, etc) in messages/signals. It would generally indicate a new line - but it wasn’t always used like that. It all depended on the whim of the operator!! We wrote it down, if needed as a dash -

It was also used (by the Navy), if you’d stopped sending for some reason and wanted to indicate to the other operator you’d not dropped off to sleep or suffered a physical or electronic malfunction, or perhaps just dropped the message you were sending !!

The ditdit ditdit (double I ) I only heard used by commercial operators as a error/correction - even though 8 or more dits was their ‘normal’, written procedure, ditdit ditdit was king! But the military always used 8 or more dits!! to correct sending errors!.

The letters BT sent together were only used to separate the actual text of a message from the message handling bit and also to indicate that the text had finished. (Before you sent ‘K’) and were never, ever used in the way hams use it. The military wrote it down as; '// ’ and the commercial service wrote it down as ’ = ’

In the merchant service a telegram handling instructions were separated by the letters “BT” sent together.

K & AR Civilian telegrams and formal messages, generally ended with ‘AR’ sent together (End of Message/telegram), then followed by a K, which luckily for both military and civilian operators, the K meant you’d like a reply or acknowledgement. But the military only ended messages with a BT followed by a K.

VE sent together was often used by commercial operators to indicate a signal/msg etc., was received and I only ever heard it used at the start of the reply/acknowledgement = "VE GBTT de GKB QSL K (or AR) - VE did sometimes get used in the same way in the military, but normally only if you were sending stuff only to the other operator or radio department. It was never used unless you received and understood everything that was sent to you - so never, ever; "VE de GKB ? Addrs agn pse K ".

QSL was of course the standard way of acknowledging the receipt of a telegram or a message in the Merchant service but never in the MIlitary. We always used the letter R which of course stood for Roger and meant the same thing. As for RST these were never used by either the merchant or military. QRK & QSA were king, and no one bothered about the T tone of a signal!. I only ever sent QRI once. And the operator I sent it too told me their radio was manufactured in 1940 and what did I expect?.

CT sent together was only used to indicate the start of a telegram. At which point the operator would start writing. It had no other function, but like K6KY , Andy stated, I believe it was in use by older hams too.

SK sent together was used by the commercial operator to indicate that their communication was ended - and normally implied you were switching your set off and going for a cup of tea, or going elsewhere to work someone else with another message perhaps. But not always used!!

It was relatively common in the merchant service to hear ships call up a shore station on HF (never on MF), with just the station being called’s callsign:
eg, “GKB” GKB GKB GKB GKB etc., Until of course the operator at GKB heard it. In which case the GKB operator would simply send ;- “de” and the operator of the ship would simply reply, “de GBTT.…” and carry on with the QSO. But we rarely did that in the military.!

I never ever heard or read of either commercial or military operators sending their callsigns, at the end of a QSO - seems rather unnecessary in my view. AR or K would do depending on whether you wanted an answer or not.

ERE would do in the military for ‘here’, but in the merchant service ER would do!

So when after a gap of using morse ashore and at sea, of over 50 years, before I became a ham, It was somewhat of a shock to discover that hams have a different usage of the prosigns, abbreviations and Q codes I’d used all those years ago.

Then there’s the way the final flourish of dits was used and sent at the end of a transmission or QSO at sea. Oh, yes! Hams do it differently to the way the merchant service did it or dit dit at sea! But i’m sure you’ve read enough!!.